Editor’s note: This is a slightly genetically modified post that was first published on our web strategist’s personal blog several months ago. We felt Claude’s article was still quite relevant in regards to social network management, and specifically to B2B. Claude looks at “fake followers”.

So let me tell you a funny story (so trendy, Storytelling) about a student living alone in his Mile-end apartment, in Montreal. He studies marketing at HEC, takes life in very relaxed kind of way, maybe even a little too relaxed because his master’s thesis is slow going. Nothing serious though because he’s from a wealthy family and can count on parental financial support …

Olivier (fictitious name) has other priorities for the moment: he has a very elaborate social life, many friends, many outings and also a part-time job as a community manager.  He manages Social Networks for a B2B company that has him work on B2B content marketing. He is everywhere in the city and he’s often seen in the trendy cafés discussing, reinventing the world, and convincing his relations that business-to-business marketing, the subject of his masters and his job, is going through a period of intense upheaval.

Socially, he is “known”, and has a large circle of friends in the world of marketing and social network managers. He even has several female admirers because to top it off, Olivier is quite the handsome man, as well as being pleasant company. And the more he goes out, meets people, discusses and gives his nascent personal or professional opinion, the more his local “notoriety” increases and the more jealousy he elicits.

Recently, a local urban magazine even identified him in it’s “most visible” singles list, which calls out those with influence and a bright future! A guy threw a glass of beer in his face a week after the list came out. This almost turned into a fist fight. Notoriety has a flip side as they say… His popularity also emanates from his presence on social networks. Of course, being a community manager for his job, makes him De Facto personally very active on these same networks. His Facebook, Twitter and especially Instagram accounts are filled, just like his social life and attract tens of thousands of friends or subscribers. Even the algorithms like him, awarding him top level “clout” scores (in the 70’s)

Life seems beautiful, hectic and empowered. But it isn’t really because Olivier is negligent in his personal life as on social networks. On the latter, he is the target of several trolls who hate his good looks and how he positions himself, either when he’s on Twitter or when he’s sitting at the bar at “Chez Roger” just before the taping of a popular radio show called “La soirée est encore jeune”.

From the time he opened his accounts and especially since he’s been working much longer hours, Olivier has hardly bothered to take a look at the profiles of those he accepts and even those whom he decides to follow. Neither on his own accounts or those of his employer. What’s most important for him is to have a lot of connections. As many as possible, in fact. The more you have, the more important you are, right? The more the Algos like what he does, the more audience he’ll have to interact with.

In short, he is mired in his self-importance but also stuck with the trolls in his personal accounts, alongside an impressive amount of robots, spam, fake accounts, and unwanted strangers (many of which are half-naked or completely naked) on his employer’s Twitter account. He’s even tried buying “followers” on Twitter for under $100. All fake of course, made in Pakistan or in Bangladesh but supplied by French or American companies … 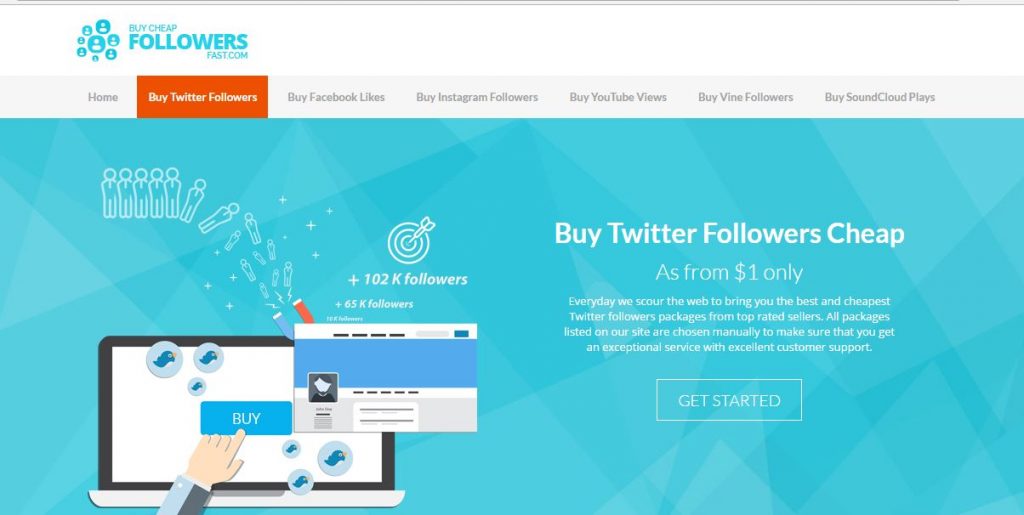 I’ve told you Olivier is careless, but it isn’t only on social networks. His apartment is a complete mess. There are unwashed dishes lying on the counter and especially the bathroom that hasn’t been cleaned in a month, if not more. Same clutter at the office where he always manages to skip his turn when it’s time to do the dishes in the communal kitchen after the animated noontime conversations.

If you were in his shoes, living in his apartment, wouldn’t you clean the toilet every day or so? If you are like me then you’d feel compelled to. And the same would go for your social media accounts, especially Twitter.  Is your bathroom sparkling clean? I’d assume your Twitter account looks about the same.

It takes some work. It means eliminating several followers a day or a week. It also means smaller numbers and less potential influence but at least your followers are real and up-to-date, which gives you better quality and better targeted, more relevant lists. And it’s easy to spot those who are careless, just dig into their accounts. A good example below taken from a Quebec politician’s account:

I almost don’t have to explain. This François guy, unabashedly promoting his reproductive organ, the eggheads (now extinct) etc. Not very politically correct is it? Let’s just say that the social media manager here resembles Olivier. It isn’t that hard to clean an account. There are several applications like Statuspeople or Tweetsmap that can help clean up accounts. Some days, it’s easier than cleaning your toilet.

In conclusion, it begs a simple question: what do you prefer? An account with fewer followers but who are all real and active or a big bathroom with a big dirty toilet, corners full of robust looking mold spots and possibly some kind of bugs on the floor, sort of like Donald Trump’s Twitter account? And this doesn’t just apply to Twitter: likewise for  Facebook, LinkedIn, Instagram, Pinterest etc. By the way, did you see a catch in the above image? We still have work to do with the inactive. It’s a valid question: what to do with them? Be patient until you just get tired and flush them, or just totally ignore them? At least, by the time you get to the inactives, it’s just dust on the floor, comparatively speaking.

By then, your account is almost totally clean. Small worries. My account has only about 2% fake. Can you say as much?

Good reading on the same subject:

During my monitoring and my participation in B2B marketing / sales virtual events lately, I have gathered rich and abundant… Read More...

B2B Marketing: the end of traditional conferences and trade shows?

The current pandemic has changed many things in human interactions, especially "distancing" and therefore, prompting many companies and organizations to… Read More...

How do you add “lives” to your content arsenal?

At the moment, we don't shake hands anymore, as we used to. The current pandemic has led many companies to… Read More...

We use cookies to ensure that we give you the best experience on our website. If you continue to use this site we will assume that you are happy with it.OkPrivacy Policy